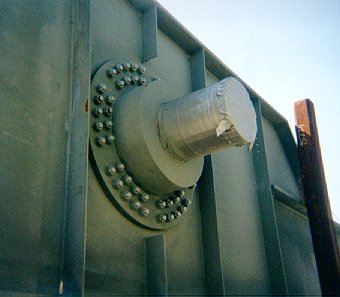 To shrink the TH assembly, it is cooled in a medium such as liquid nitrogen, and during this process in some cases, the hub cracked.  To reduce the possibility of such failures, a formal design of experiments study is conducted to find the influence of geometrical parameters such as

(1) hub outer diameter and
(2) the radial interference (at the TH interface), and

different cooling methods such as immersion in

on design parameters such as critical crack lengths and stress ratios. 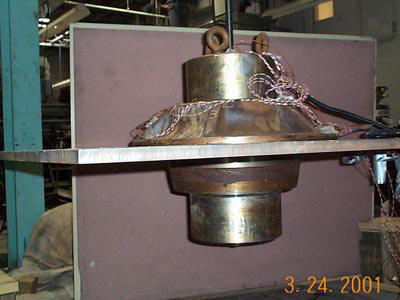 The cooling method contributes the most to increasing the critical crack length (between 58% and 79%) and increasing the stress ratio (between 48% and 84%) when considering TH assembly procedures in representative fulcrum geometries.  Moreover, the second cooling method, which is immersing the TH assembly into dry-ice/alcohol bath followed by immersing into liquid nitrogen, give larger critical crack lengths (between 262% and 406%) and larger stress ratios (between 17% and 87%) compared to the current cooling method that uses only liquid nitrogen.