Modeling at the structural scale most often requires the use of beam and shell elements. This simplification reduces modeling complexity and computation requirements but sacrifices the accuracy of through-the-thickness information. Several studies have reported various design approaches for analyzing functionally graded material structures. One of these studies proposed a two-node beam element for functionally graded materials (FGMs) based on first-order shear deformable (FOSD) theory. 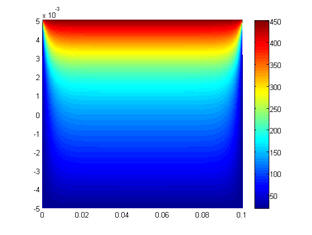 Also, the influence of the temperature dependency of the thermo-elastic material properties on the thermal stresses distribution was studied. In addition, variations in the layer thicknesses within multilayer beam models were studied to determine the effect on stresses and factor of safety. Finally, based on the specific factor of safety, which combines together the strength and mass of the beam, the best layer thicknesses for the beam models were established.

The key contributions of this research were